If you’re seeking proof that a few months is an eternity in social media land, check this out.

Back in January, I reported that Facebook’s share of referrals to this here blog had dwindled dramatically, compared to Twitter and the still baby-fresh Google+. Here’s a snapshot of a week’s traffic from back then: 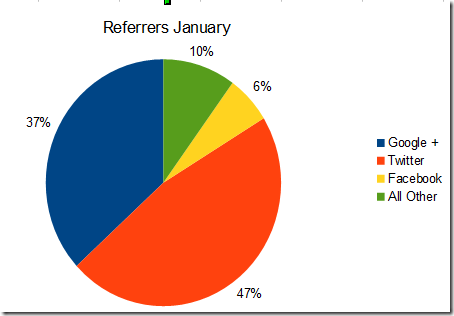 Now, a week from April shows a dramatically different story: 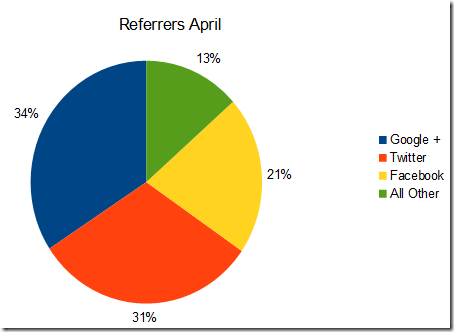 Overall traffic was the same then as now. It’s the shares that have shifted. Google+’s share has slipped only three points from January. At the same time, referrals from non social media sources, chiefly Google searches, have popped up by exactly that much.

Given the symmetry, I’m assuming that the same people who used to be coming here from Twitter are now back to doing it from Facebook. My guess is that Facebook’s alterations to its news feed algorithm has restored links to their former prominence and allure. If so, it shows how much difference the constant tweaking of the Facebook interface can make from one adjustment to the next. What seems like a force to write off in January can bounce back to its old self by April.