In our final episode of 2012, Ken and I talk book hauls, play-by-post, the Affair of the Poisons, and of course, today’s apocalypse.

Ken and Robin Talk About Stuff: Live from Dragonmeet 2012

Email ThisBlogThis!Share to TwitterShare to FacebookShare to Pinterest
Labels: Dragonmeet, gaming hut, Ken and Robin Talk About Stuff, on the road, podcasts

Let’s You and Him Fight

Earlier I discussed the perhaps not immediately evident fact that your favorite creators aren’t looking, in any social situation, for unsolicited notes on their work.

Here’s another peek into the writerly mind—an online corollary, if you will. Unless you have been specifically asked to act as someone’s bad PR clipping service, they also don’t want you to point them to negative reviews of their stuff. We all know the general odor in which bearers of bad news are held, right?

Creators all follow their own strategies for dealing with poor or contentious notices. Some thrive on them, deriving creative energy from the mental dissonance. Others use them to self-destructively feed the furnaces of self-doubt. Another school of thought treats a certain degree of blissful ignorance as integral to the thick skin creators must shroud themselves in to move forward. A rare few creators might, with lofty detachment, sift bad reviews for useful insights. Whatever their strategies, however they harness, repurpose or ignore the brickbats that come their way, creators have them well in place. Whenever they develop a yen for bad reviews, they can find them with ease, on their timetables and on their terms.

Social networking gives you more tools than ever to commit this unwitting faux pas. Don’t be the “let’s you and him fight” guy. Not by email, on a wall, or in a forum message. Likewise, you don’t need to use the @ function on Facebook or Twitter or the + in Google+ to summon us into discussions where we are being slagged. Like Hastur, we respond to unsought summoning rituals with something other than equanimity.

This goes triple if you’re prompting the creator to rebut the review. This is always a hideously poor choice. When an author does this, the only question is how big a fool he’ll make of himself. Poking a bear with a stick is bad enough. Handing a bear a stick and urging him to poke someone else with it rises to the level of spiritual negligence.

Critics have every right to consider creative work fairly, or to tendentiously haul it to the pillory. They write not for creators, but for the public, and themselves. But a third party taking that bundle of emotional static and slipping it in an envelope under the writer’s office door has, shall we say, missed an elementary point of etiquette. 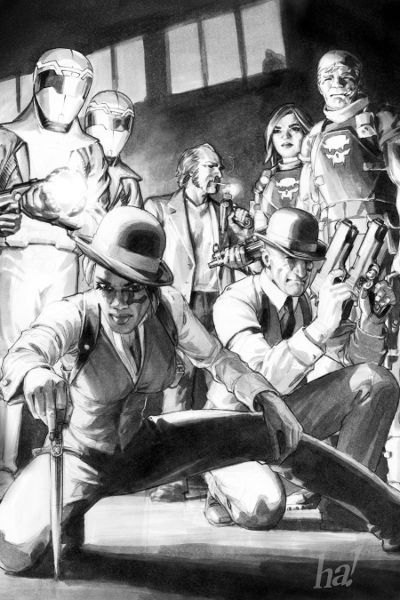