Back to the Edge 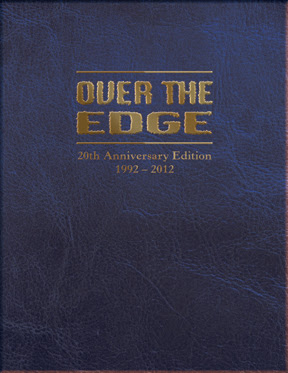 In a move sure to activate the salivary glands of ludobibliophiles throughout the reality grid, Atlas Games has announced the Over the Edge 20th Anniversary Edition. The classic and seminal roleplaying game of weird contemporary conspiracy, by Jonathan Tweet with yours truly, resurfaces from the depths of the Terminal in a lavish limited printing, with deluxe binding and premium interior. Extras include new essays by Jonathan, Greg Stolze, Keith Baker and John Nephew—and a newly commissioned full-color map.

With its concentration on secrets, Jonathan recently referred to his Al Amarja setting as a product of its era. With the battle between chaos and control ever-ratcheting, I feel like it’s never been timelier.

(Can it really have been that long? If this game is twenty years old, that means my career in hobby game is exactly that old, too.)

Tie on your best silk noose and head on over to the product page.